WORKING TOGETHER TO FOSTER A MORE INCLUSIVE COMMUNITY. 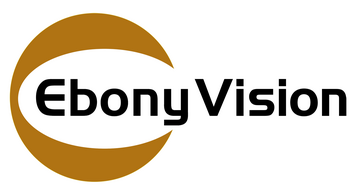 Hazel Scott Born in Port of Spain, Trinidad on June 11, 1920, Died October 2, 1981 First Black Woman to Host a Syndicated Show She began her career as a musical prodigy and ended up breaking down racial barriers in the recording and film industries

Ruby Bridges, Born Sept. 8, 1954; at 6 years old, was the first Black student to desegregate an all-white elementary school in New Orleans. In this video, Ruby Bridges speaks out to PBS NewsHour’s Charlayne Hunter-Gault; “I believe that if it can be taught, it can be taught not to be that way.”

During World War II, African American troops were denied active combat roles and, like their civilian counterparts, faced institutionalized segregation. Three units of African American engineers were sent to Alaska and Canada to construct the 1,500-mile ALCAN Highway, a key defense for the United States.

Valerie Thomas is an African American scientist and inventor best known for her patented illusion transmitter and contributions to NASA research.

The Daily Mail and New York Times compiled a list of Black trailblazers in the kitchen; past & present who broke barriers while cooking food that celebrate and reflect their African heritage. These accomplished chefs achieved milestones penning top-selling cookbooks, earning nominations for cooking competitions, and making a name for themselves in the World of Food.

The Black man who invited the pencil sharpener

Mae Jemison describes her journey from space-loving girl in Chicago to astronaut.

John Mercer Langston was an American abolitionist, attorney, educator, activist, diplomat, and politician. He was the first dean of the law school at Howard University and helped create the department.

Katherine Dunham Biography (1909–2006)​​​ revolutionized American dance in the 1930's by going to the roots of black dance and rituals transforming them into significant artistic choreography that speaks to all.